The first big sporting event of the new school year took place on Wednesday in Thurles. Over 3000 students from all over Tipperary came to take part in the 3rd/4th class and 5th/6th class cross country races. The school were training hard for this since we returned after the holidays so hopes were high that our team of 41 students would bring home some medals. Of course it’s not all about winning, so more than anything we wanted the students to enjoy the day and be happy with their efforts. In this regard, we can call this outing a big success!

First up to represent the school were the 3rd/4th class girls. This was the very first race of the day and we got off to a flyer with Ceola Bergin winning the race by a huge margin. The rest of the girls also did fantastically well with Aoibhe Matthews in 19th, Niamh O’Brien in 23rd, Saoirse O’Riordan Bergin in 29th, Rachel O’Riordan in 39th, Kayleigh Fletcher in 57th, Madison Maloney in 66th, Gabrielle O’ Donoghue in 73rd, Aoibheann Browne in 88th and Kiera Fletcher in 101st. Our A team finished just outside the medals in 4th place overall with the B team in 16th. 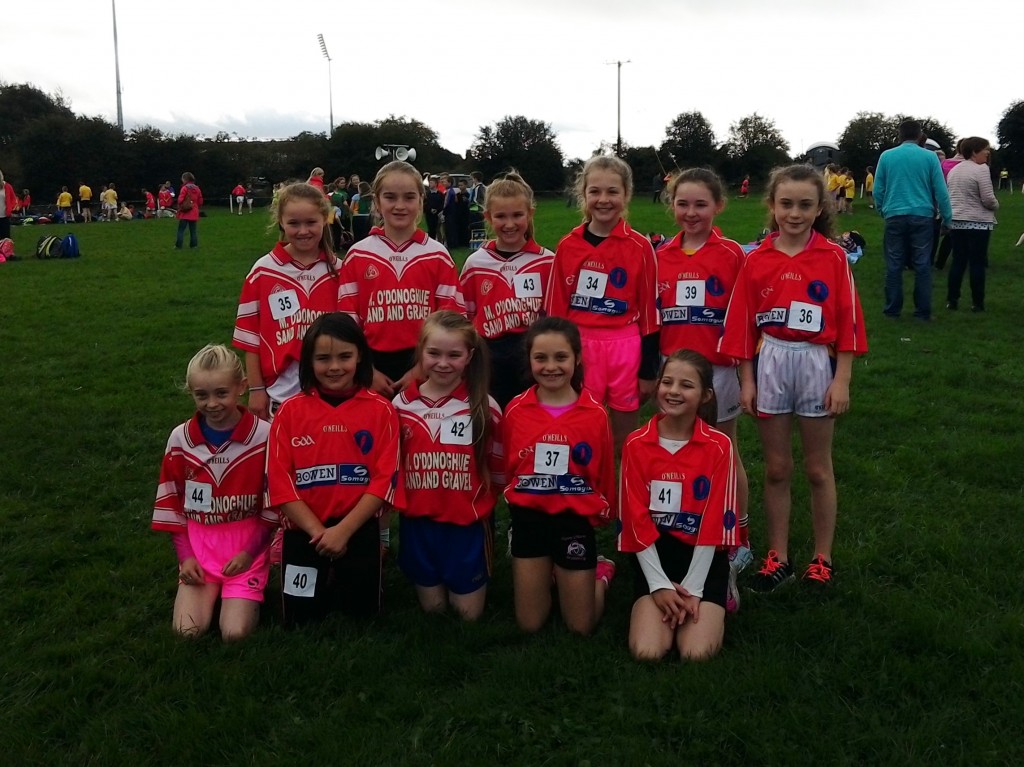 Next up were the 3rd/4th class boys. Once again we had a very strong team in this event. Patrick Maloney came from 10th place with 400m to go to finish in 2nd with a superbly judged effort. The rest of the team also did the school proud with Seán Purcell in 7th, Billy Hayes in 15th, Sam Dooley in 28th, Miko Pasalic in 34th, Josh Loughane in 42nd, Oisin O’Shea in 62nd, Calvin Delaney Walsh in 71st, Liam Dunphy in 83rd. Just like the girls, the A team were very unlucky to finish just outside the team medals in 4th place with the B team finishing in 12th. 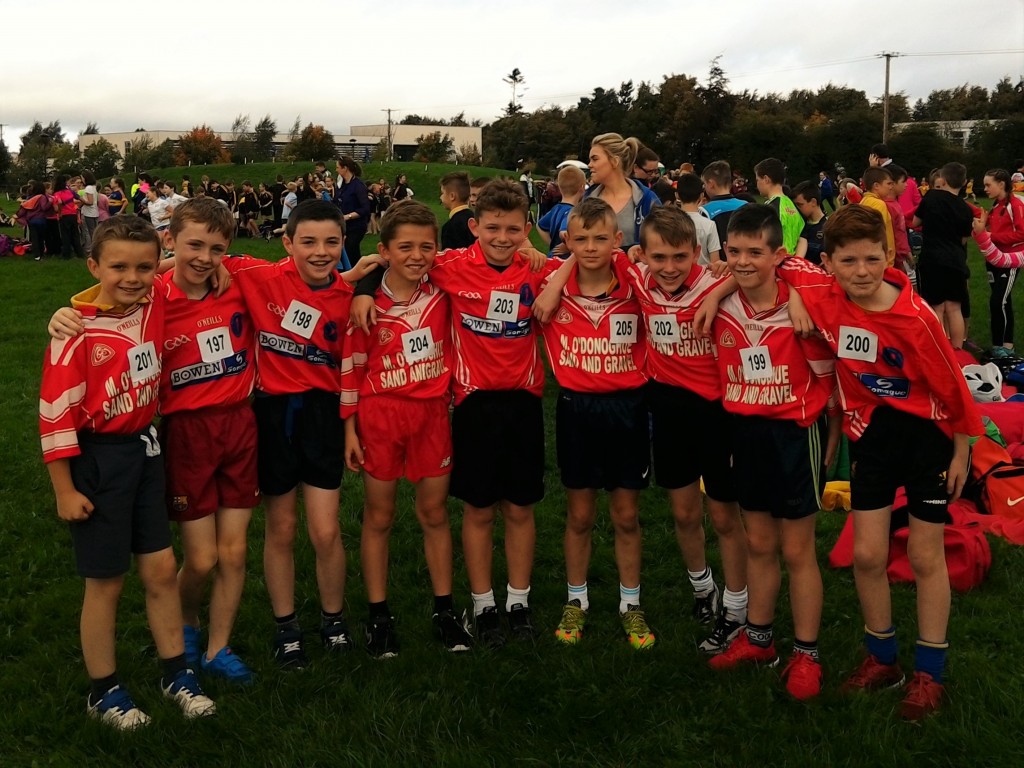 Now it was the turn of the 5th/6th class teams and the girls were first to run for us. Mollie Dooley ran a superb race to finish the 1000m distance in 9th place overall. The top 10 won medals so that is another one for Mollie to add to her collection. Next home for the school was Khya Lynch in 38th, Molly Ryan in 67th, Tori Spencer in 81st, Cleo Carroll in 82nd and Magdelena Zyblet in 83rd. Our A team finished in 13th place overall. 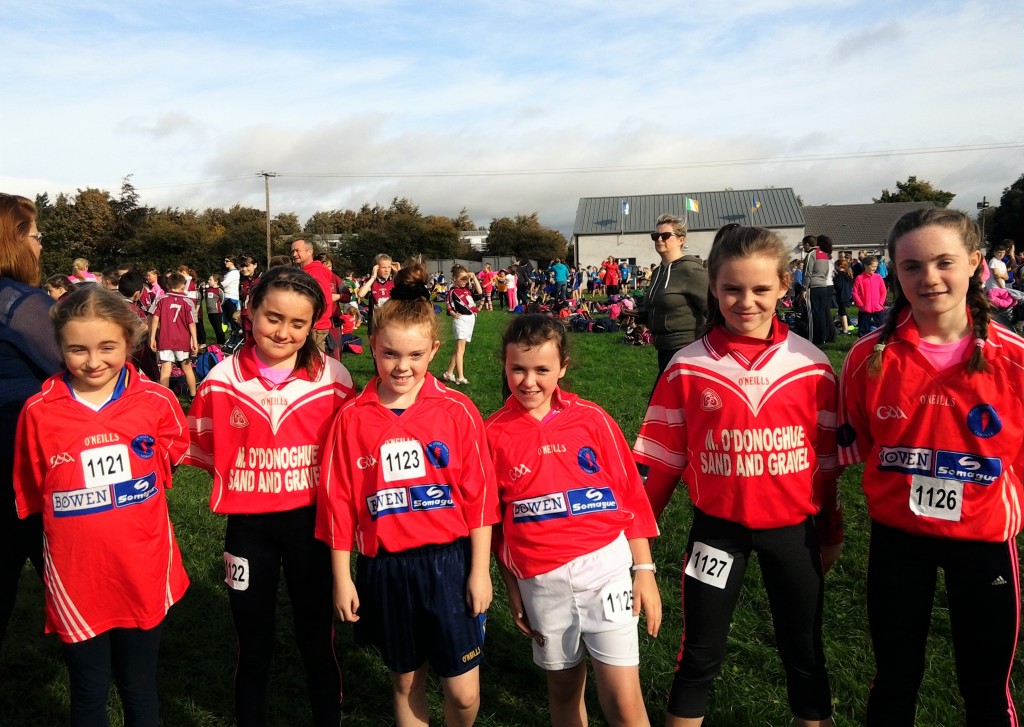 Last but not least were the 5th/6th class boys. We had a large team in this race and once again we had success with Brian O’Rourke claiming a medal by finishing in 9th place. The rest of the team were excellent with Graham Dooley in 26th, Killian Bergin in 27th, Michael Cussen in 35th, Leon Byrne in 39th, Leigh Loughnane in 45th, Cormac O’ Connor in 54th, Ryan Thomson in 56th, Devin Loughane in 57th, Luke Fletcher in 58th, Aaron Mulready in 59th, Adam Kiely Brooks in 63rd, Patric Koczian in 69th, Jack Mc Namara in 78th, Matthew Bergin in 79th and Michael Delaney Walsh in 82nd. The A team did superbly well to finish in 6th place overall with the B team in 12th, the C team in 15th and the D team in 19th. 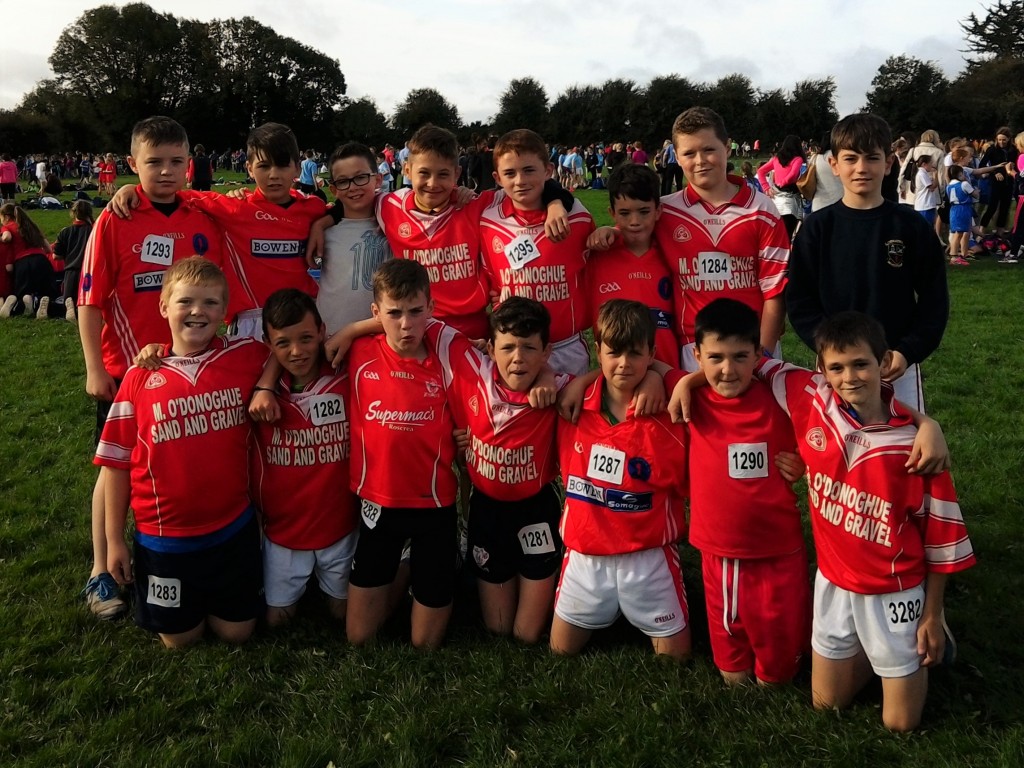 Well done to all that took part. You should be very proud of your efforts!

It was a great team effort that helped Ceola, Patrick, Seán, Mollie and Brian win their medals. Thanks to all the parents that turned up to help out and cheer on their kids. It made for a great atmosphere and gave the team the extra boost needed to succeed.